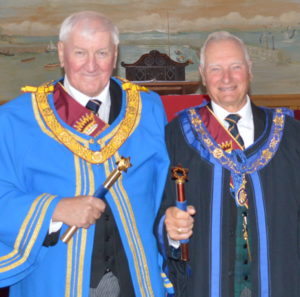 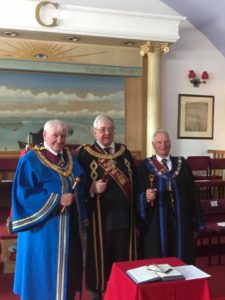 Make 2018 the year where we all try to introduce a new member into our special Order and spread the biblical story of David and Jonathan to as many Freemasons as possible.

Within the Province we have seven Conclaves. Six of them initiate Brethren into the Order and one is a Supreme Rulers Conclave which has been names after our first Provincial Grand Supreme Ruler, Stanley T Geddes. The other six Conclaves are Claverhouse of Dundee, Fair City (Perth), Soutra Aisle (Bonnyrigg), Inchcolm (Cowdenbeath), St Michael Linlithgow (South Queensferry), and Roman Brig (Musselburgh).

There are 32 Provinces within the United Kingdom, 3 of which are in Scotland. The Order is governed by the Grand Conclave of the Order of Secret Monitor out of Mark Masons Hall in St James’s Street in London by the current Grand Supreme Ruler Most Worthy Brother Andrew Christopher Sweeney.

The Order is based upon the great friendship between David (father of King Solomon) and Jonathan (son of King Saul). If anyone is interested in joining this marvellous Masonic Order, please contact our Provincial Grand Recorder, Worthy Brother Martyn William Greene at the following email address; pgrecorder@pgceastscotland.org.uk